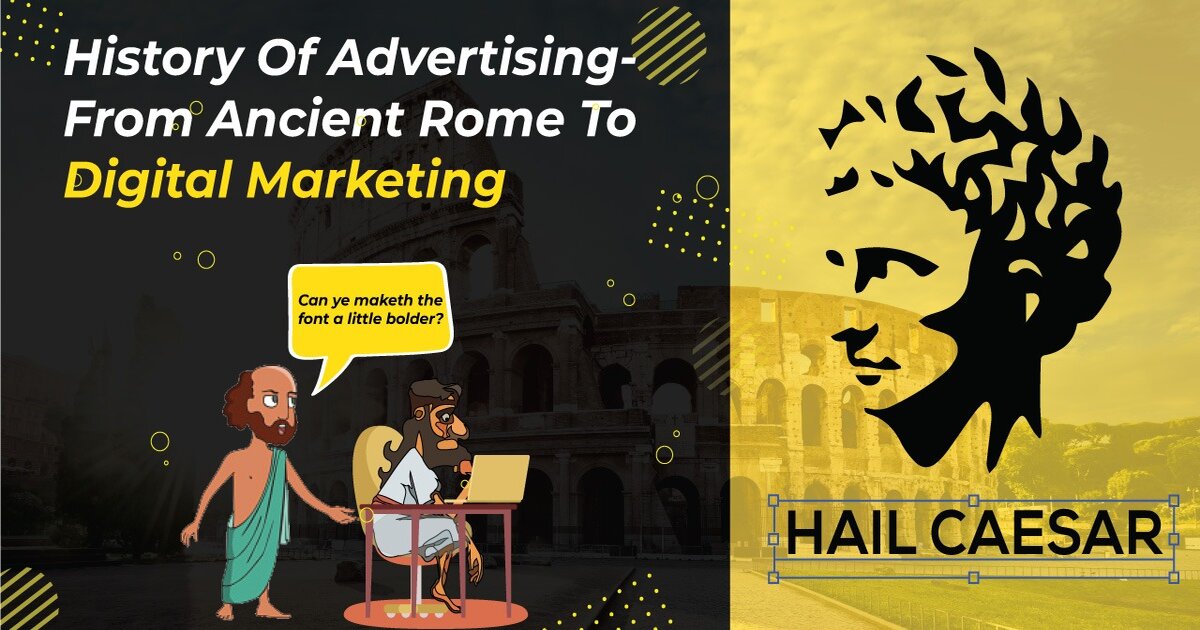 Civilizations are built and destroyed on trade but how would a trade thrive without people knowing what it has to offer?

But, of course, advertising one’s products was mainly done through verbal communication. (Well, this could easily be the beginning of those gossiping boomers of your building). Local and rural traders and shop owners still indulge in this manner of advertising- yes, we are talking about that occasional call that is as good as a bird’s early morning call by people that run small businesses like collecting scraps for recycling in old colonies.

Several discoveries of painted and written messages on the walls of Pompeii and other Roman cities came up during excavations promoting different businesses like laundry lists, clothing shops, etc. The richer population often hired artists to make creative advertisements on the walls of Pompeii (and they’d pay for those services rather than “helping the artist get some exposure ”).

Another type of advertisement that has gained popularity recently is a Chinese printed copper plate with a logo of a white rabbit from the Northern Song Period. Written above it is a short and straightforward message promoting the

People in the sales industry were even required to trademark their products in the Tang Dynasty period (618-907 AD) in China so authorities could have control over product quality and controlled advertising.

While advertising was always a part of the trade businesses, in some form or another, industrialization and the innovation of printing presses changed the whole field of marketing- setting the early trends of what we know of traditional marketing today. Robert Palmer, the founder of the first advertising agency in the United States, started the concept of setting aside a large amount of space for ads to resell it.

Advertising had already started taking over the world by the time the twentieth century rolled in. As technology advanced at lightning speed, two new mediums for advertising were at the disposal of the now intricate field of advertising- the radio and the tv. From the 1960s to the 1980s, the advertising industry revolutionized with big names like David Ogilvy, Mary Wells Lawrence, etc brought about the golden age of advertising.

The introduction of the fourth medium of advertising was a hallmark that framed the world of marketing as we know it today: The Internet.

Enough food for thought for this article? We can’t wait to share Part 2 with you.

Time to Make Your Brand Speak!

Disney’s Mickey Mouse: The Rocky Journey of the Happiest Place

The Curious Case of Experiential Marketing in India