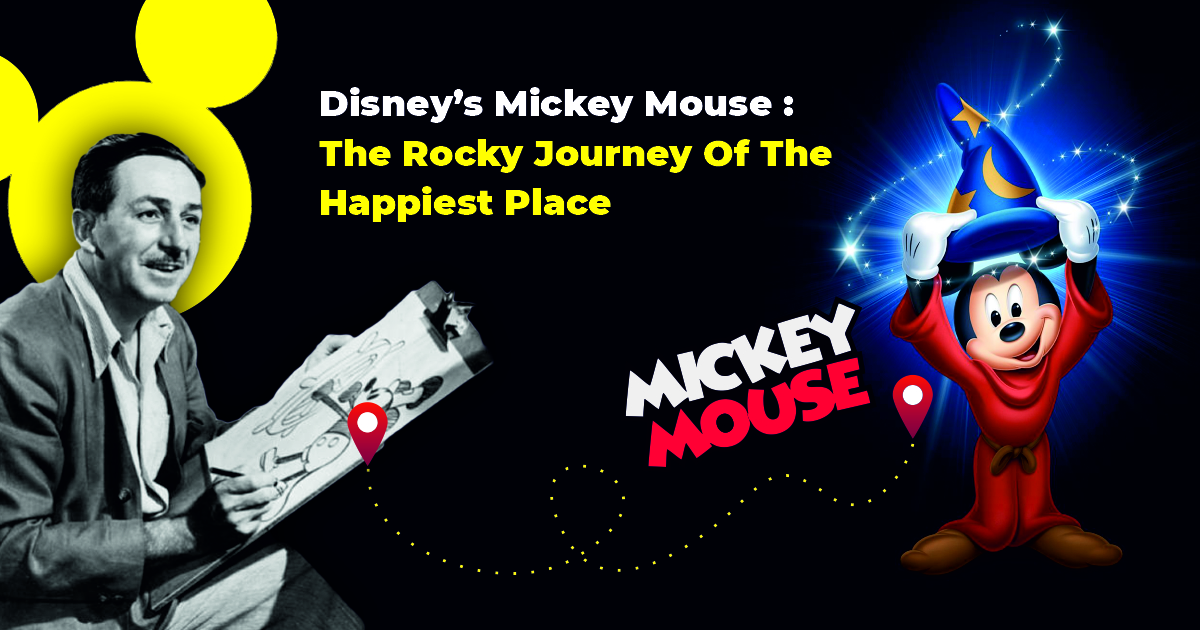 Did you know that the man known to revolutionize the entertainment industry was once fired for not being creative enough?

Walt Disney went through his struggles before Disney became the happy empire as we know it today. Disney’s most beloved character, Mickey Mouse, was curated when Disney lost control over Oswald The Lucky Rabbit over a dispute.

Oswald was a successful character under Universal Pictures. He is eerily similar to the character of Mickey Mouse and is often regarded as the early version of today’s most beloved character.

Disney then drew out the earliest versions of Mickey Mouse on a train ride home while being desperate to curate a new character to storm the market.

“He popped out of my mind onto a drawing pad 20 years ago on a train ride from Manhattan to Hollywood at a time when the business fortunes of my brother Roy and myself were at lowest ebb, and disaster seemed right around the corner,”  [Disney, “What Mickey Means to Me.”]

But Mickey wasn’t an instant success either! The first two films featuring Mickey Mouse were not picked up by distributors and the character of Mickey was labelled absurd. The third film, Steamboat Willie, became Mickey’s official debut which gave rise to his popularity. The Mickey Mouse from 1928 looked completely different from the beloved character we know today.

The brand archetype for the character was Everyman and his personality was initially built up as a cheeky rogue who was also loveable. Along with the physical changes of his appearance, his character also rebranded as a classic hero and leader. For example, from making some inappropriate moves on Minnie to being absolutely chivalrous. He also went from bullying animals to becoming a pet parent to Pluto. Mickey Mouse was domesticated to appeal to the generic. The changes in his appearance allowed for his character to come across as innocent and well-mannered. Interestingly, in 2009, Mickey Mouse went under re-branding again where the emphasis was shifted to his adventurous persona rather than his friendliness.

Walt Disney’s idea of a theme park was rejected over 300 times by bankers and investors. Without the creation and success of the character of Mickey Mouse, Disney world would have just remained a Disney’s dream world rather than every child’s dream world.

“It is good to have a failure while you’re young because it teaches you so much. For one thing it makes you aware that such a thing can happen to anybody, and once you’ve lived through the worst, you’re never quite as vulnerable afterward.”

[Walt Disney on his failures]

Ask and you shall receive!